This what happens when Kelly doesn't get to talk for a month. An extra large episode about a trip to Stitches West and a lot of projects and news from Kelly. Join the community on Ravelry or become a patron and support the show on our Patreon Page. 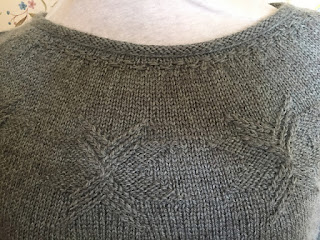 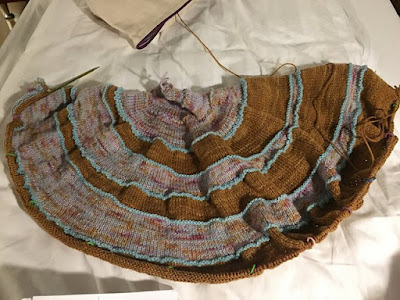 Haven’t knit a stitch on my John O'Groats socks.

First, my newest project: Bailey, a 1-year-old German Shepherd (possible German Shepherd mix). We adopted Bailey in January and we’ve had her a little over a month. She had a rough first 11 months with about half of them spent fostering in a boarding kennel after the first half of her life landed her in the shelter with no hope of being adoptable. She is doing great and making remarkable progress. She is also a lot of work! But I’m ready to play dog games again and I’m looking forward to having a young dog in training. We’ve started doing some training, but we start class next week. 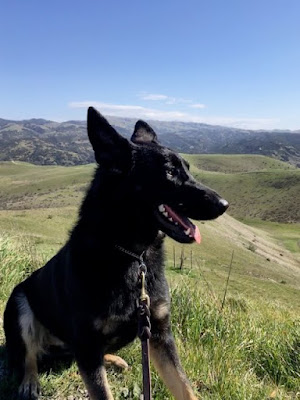 She likes listening to the podcast! Thanks to whoever it was at Stitches who suggested it as a solution for her anxiety in the crate when the house is empty.

It’s been a long time since I’ve reported in about my fiber adventures. I finished my Habitat Cardigan, a crochet cardigan by Jess Coppom that I made with Lion Brand Heartland. I finished it in time for the first day back for spring semester for professional development. I got more compliments on this sweater than I have on anything in a long time. I wore it belted and with boots. I’ve since also worn in around the house unbelted and to work with and without the belt. It’s a great sweater!

I also finished Never Have I Ever Socks--Fix or Nix project. I decided to Nix the socks I had started, but instead of destashing the gradient sock blank, I decided to cast on a bigger sock cuff (80 stitiches) and make them long socks. So I started with 80 stitches and decreased with a little calf shaping and they are now finished. I used almost all of the sock blank. What is left is going to be used to reknit the foot of Robert’s SF Giants argyles from my argyle class at Stitches 2018. 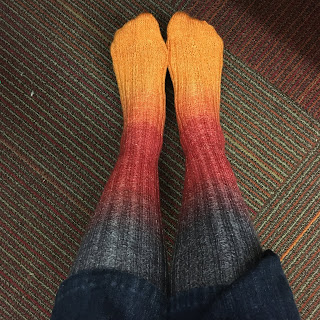 Since the last episode I was in I’ve started and finished a Hat for Walking out of a mini-skein set that I got as a door prize at the retreat. It’s a sockhead hat using the full amount of slouch so I could use as much of the yarn as possible. It is replacing my old sockhead hat that is faded and developing holes from sun damage. 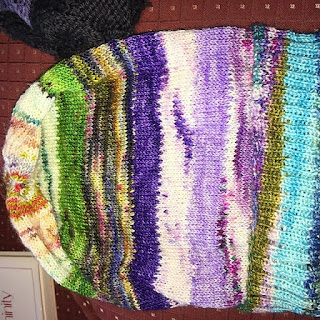 While at Stitches I made great progress on the Mariannes Cardigan that I am making as a tee. It is a pattern by Trine Bertelsen that combines crochet and knitting. I’ve split for the sleeves and I’m several inches down the body. The pattern calls for no waist shaping and I’m thinking about whether to do a little bit of increasing for a slight A-Line.

On our way to Stitches, we stopped in San Jose to visit Fillory Yarns, owned by Andrea Haws, who was on Marsha’s Iceland trip.

We had a great time! We met fiber adventurers and connected with friends from previous years.

We took a Tunisian crochet class taught by Cindy Craig. Here is a video about the technique.

The marketplace was great again this year. The vendors we spoke with said yellow and orange were the most purchased colors this year. Dusky burgundy continues to be popular.

Some of the booths we thought were interesting were:

We also met Frank Jernigan of Phrancko Designs. He has designed a program to create a custom fit sweater pattern using a top down, seamless “set in” sleeves. On his website is a video explaining the process. There is also a video of Frank being interviewed by Suzanne Bryan.

Apple Fiber Studio donated a skein of their Cosmic Crisp yarn. Participate in the prize drawing by going to the thread on Ravelry. We’ll draw prizes during our first episode in April.