Live recording again this time! Two finished knitting projects, some “show and tell” and some finished spinning.  Full notes with photos and links can be found in the podcast section of  our shop website: TwoEwesFiberAdventures.com.  Join the community on Ravelry or become a patron and support the show on our Patreon Page.

This was another live episode so Kelly had the opportunity to “show and tell” her 1958 Lace Cardigan. This sweater was started before I was much of a knitter and had to be put away for quite a long time while my knitting skills caught up to my plans! 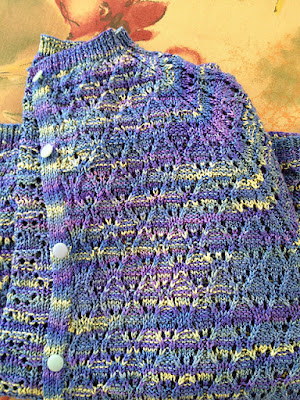 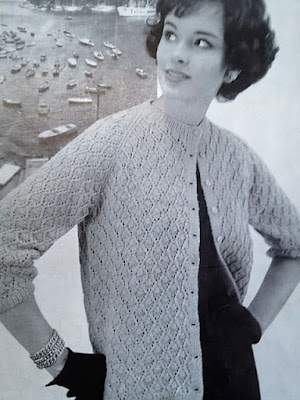 The discussion about how little instruction there was in old patterns reminded Marsha of a series of videos by Arne and Carlos about Norwegian sweaters and their history. 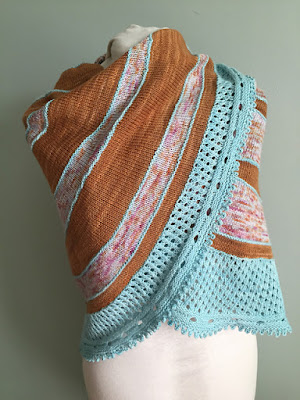 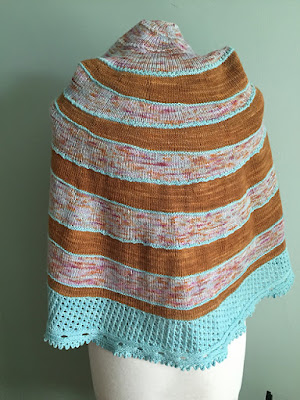 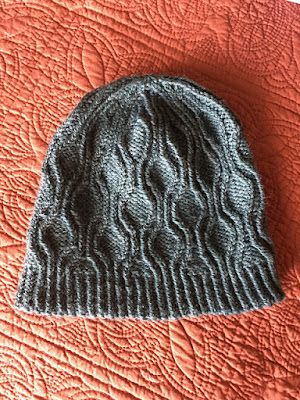 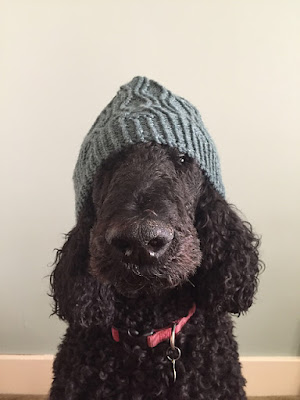 Correction: Frank Jernigan’s website is Phrancko.com this is a correction from a previous episode show notes. Frank upgraded my account to premiere and I can get custom patterns for $1. Thinking of using Frank’s program to make a sweater for Ben out of North Ronaldsay yarn.

I’ve finished my spinning using a mixed wool roving from Shaky K fibers. It was a multicolor braid or Corriedale, Columbia and Rambouillet. Such a bouncy blend of fibers and the colors worked well for a 3-ply. 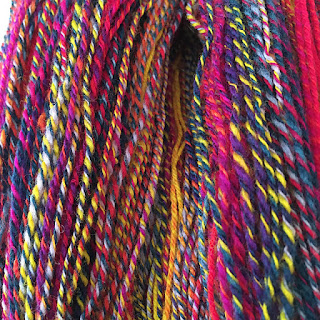 I’ve also finished spinning a two-ply of merino and silk from Alexandra the Art of Yarn. It is burgundy and gold and as I started spinning I noticed that the singles  matched well with two skeins of Wandering Wool Udaipur (also a merino silk) in Cranberry Bog. So I think this spin will join those two skeins and become something. A sweater would be nice and maybe it would be my first wool pullover? 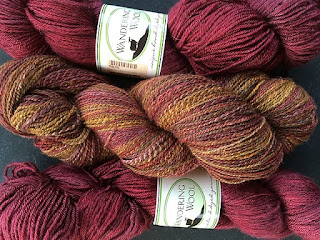 The  Mariannes Cardigan, a pattern by Trine Bertelsen may not be completely fine, unlike Eleanor Oliphant. I tried it on and although the “seam” where I am alternating skeins starts out under the arm, it seems to be skewing and twisting so that the seam is more to the front of my body down at the bottom of the tee.. Will this block out? Do I want to find out the hard way? Or do I want to rip back to the underarms and try again? If I put a faux seam on each side I could more easily hide the place where the skeins alternate and the “jog” happens.

Laura from Duren Dyeworks was having a sale AND she threw in an extra skein. The yarn is targhee heavy worsted to aran weight. 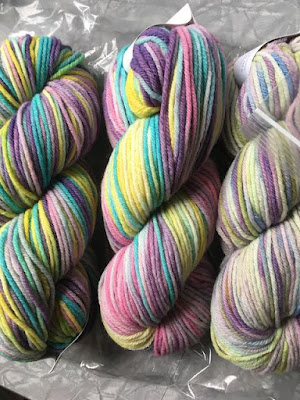 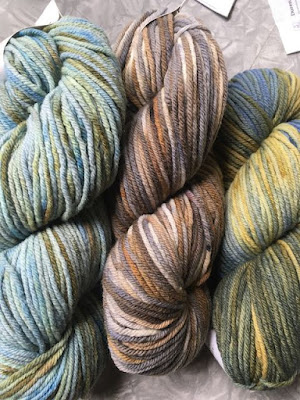 We’ll be using it for prizes for a new giveaway. In the Ravelry thread show us how your used patterns look and tell us how you store your patterns. Marsha’s patterns are folded and mutilated by the end of a project. She has friends who keep their patterns pristine.  Check out the Ravelry group to participate in the thread.

Fiber Adventurers have been talking about the possibility of a summer spin along. We both have plenty of fleeces and think it’s a great idea since we have so many fleeces needing to be processed and spun. There’s currently a thread in the group for planning for this. It will start at the end of May so there is time to think and plan.