Marsha's projects, an upcoming trip, and hopes for the New Year. If you haven't heard episode 126, please go back to get all the fun!  Join the community on Ravelry or become a patron and support the show on our Patreon Page.

When last we heard from the Northwest heroine she had a dilemma. To rip back and use the correct needle size or keep going and bind off, leaving a mistake that probably no one would notice. What did she do? Read on and find out! 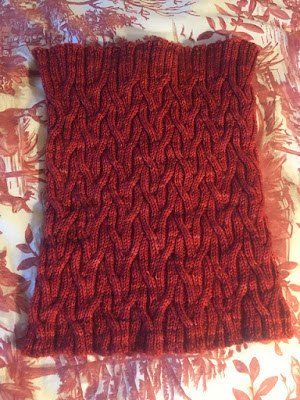 Daphne’s Skull designed by Ellen Sibelius of Wooly Wonders is not quite finished.I haven’t picked it up since we last recorded. I’ve set a goal to finish it by Stitches West the end of February because KnittyBarb wants me to bring it to the show. 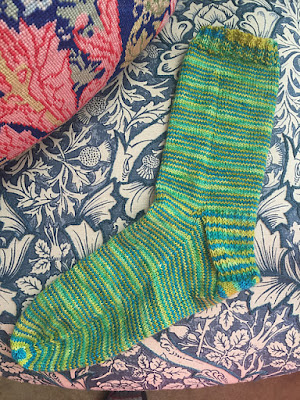 Thinking about casting on a sweater either using New Lanark DK or Dovestone Baa Ram Ewe. Need a project for my trip to Iceland in January.

Fix it or Nix It Ended the first of January. Neither Marsha nor Kelly got their button bands reinforced, but there were a few fixes for each and Kelly nixed a few pairs of half-finished socks.

Marsha fixed the shelves of her curio cabinet. 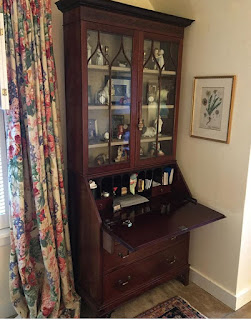 Fiber Goals--do you have them?

Kelly is interested in the tension between goals, challenges and to-do lists, and the idea that fiber crafts are a hobby that we do for fun. Do you have more fun when you have goals and challenges or when you have wide open choices? We can discuss this on the Two Ewes Fiber Adventures Group on Ravelry. Come join the conversation!

Here Kelly said that she is looking for balance in her hobbies so that she is able to do all of them.

Marsha's distress and anxiety over the state of the country transcends political "sides" and led Kelly to add the following resource.