Knitting, crochet and weaving are all in full swing! Also a frenzy of casting on for a trip to Iceland.  Join the community on Ravelry or become a patron and support the show on our Patreon Page.

I’m close to finishing the crocheted sweater! It’s the Habitat Cardigan, crochet cardigan by Jess Coppom. I’m making it with the Lion Brand Heartland that is called for in the pattern. The sleeves are on the hook right now and it should be done by the end of the weekend. 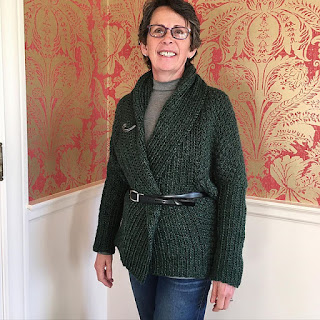 I’m still hooking along on the Dew Drop Shawl crochet shawl by Silke Terhorst.  My project is using a gradient handspun that I made from a Loop Bump in teal, purple, and gray. Once the sweater is finished I’ll work on this more and get it finished.

Stashbuster Weaving. Warp problems are fixed! Crowd-sourcing works!  Several listeners helped with this problem. The bottom line is that when warping multiple threads at the same time I need to make sure they don’t twist as I put them on the warping board. Winding onto a warping reel rather than a warping board can somewhat alleviate this problem, it seems. That would explain why the warping process in the video didn’t talk about this potential problem. I could also use a warping paddle as another potential solution. Or I could go back to warping with one or two threads at a time instead of 4. 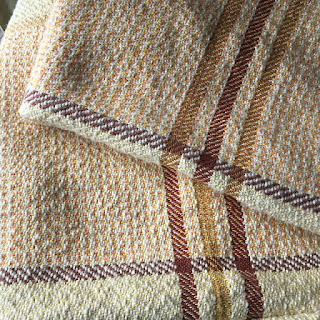 I finished my Christmas cast-on of Mary, Joseph, and Jesus. It was from a fun kit that my mom found at her Joann store. The pattern is by Ann Franklin. 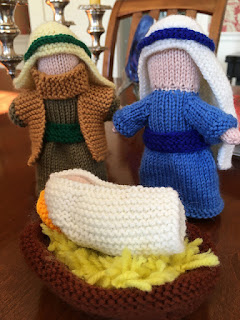 Never Have I Ever Socks--Fix or Nix project: I have resurrected and fixed these instead of nixed. I am knitting them in tandem on dpns and making them longs socks using a larger stitch count to fit on my calves. So far I am really enjoying them. The double sock blank gradient from Invictus Yarns was too beautiful to nix and destash.

I’m getting ready for my Iceland trip from January 17 to February 3. I’m still mulling over what clothes to bring, but I have my projects ready to go!

I’ll be bringing a sweater called Seven Sisters by Sarah Pope using Dovestone Baa Ram Ewe from my stash. Pattern starts with a tubular cast on and is straight stockinette until I stop, knit the sleeves and join them to body and begin the yoke pattern. Should be good airplane and talking knitting. 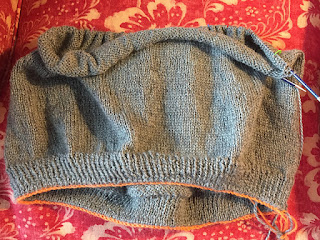 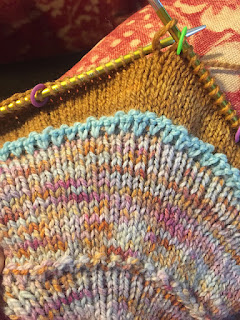 Because I was in the mood to cast on a sweater and use my stash, I cast on a second sweater called Isle au Haut Pulloverby Beatrice Perron Dahlen. The stash yarn I’m using is Columbia from Imperial Yarns. It will be an unusual project for me: an aran weight pullover with a high collar.

Daphne’s Skull designed by Ellen Sibelius of Wooly Wonders hasn’t been worked on at all since we last recorded. I thought I would set a goal to finish it by Stitches West the end of February. But that’s unrealistic since I will be in Iceland. I will be lucky to get it done in time for the NoCKRs retreat. If I do, I can bring it to Kelly’s and use her washer to felt it.

Giveaway Winners! Listen to the show to see if you won!

Thank you to patrons who supported us in 2019. Thanks also to the newest patrons Nathalie and Martha. To support us on Patreon go to patreon.com/twoewes.

Iceland January 17-February 3 Marsha and her friend Kim will be travelling to Iceland with Janine Bajus, who will be replacing Cat Bordhi as our guide and teacher on this trip.