Check out this episode!

Promisc-Ewe-ous knitting alert!  Marsha and Kelly throw caution to the wind and start an alarmingly large number of projects all at the same time! ;-)

Kelly finished her Gala Tunic (her monogamous knitting) just in time to wear it Christmas Eve. It was her only project for quite some time and she said during the Christmas break she was going to cut loose and cast on five projects. Marsha, on the other hand, being the more cautious of the Ewes, typically has no more than two projects going at once. So for the new year she decided to go crazy and have five projects going, too!

Marsha's five projects are her Featherweight cardigan, which technically she started before the challenge, but she's counting it as Project #1.

Project #2 is a shawl called Double Scoop by Ash Alberg. This was the winning design for the 2014 Manitoba Fibre Festival KAL.

And finally, Marsha's son Ben asked for socks made from her hand spun and wants them dyed red, white, and blue, hence Project #5 are Patriot Socks. The socks are still in the spinning stage.

Kelly has two projects still on the needles from before the break.  One is a plain garter stitch scarf/stole in her hand-dyed yarn  and the other is her shawl in the Another Door Opens pattern.  By the way, this pattern has been donated by the designer, Sara Bauer, for our #KnittedMemories contest on Instagram.

In addition to these, she has started five new projects!  The first is already finished.  It is the Noble Cowl, a free pattern by Emily Kausalick, done in a beautiful, soft yak yarn from Reywa.  The second is the lace doily in the Frosted Ferns pattern by Herbert Niebling.  (See more about this challenge in the previous blog post.)  The third project is Opus the Octopus, which has begun with dyeing the yarn to an octopus-like color.  The fourth and fifth projects are warps that will become a dozen dish towels.  Here is the warp out of the colors I liked. 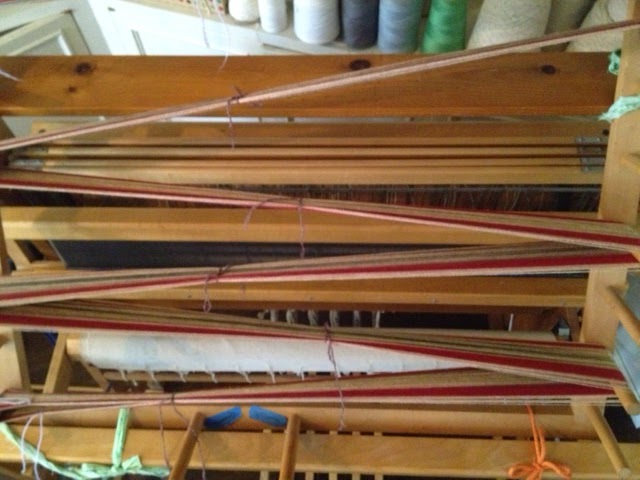 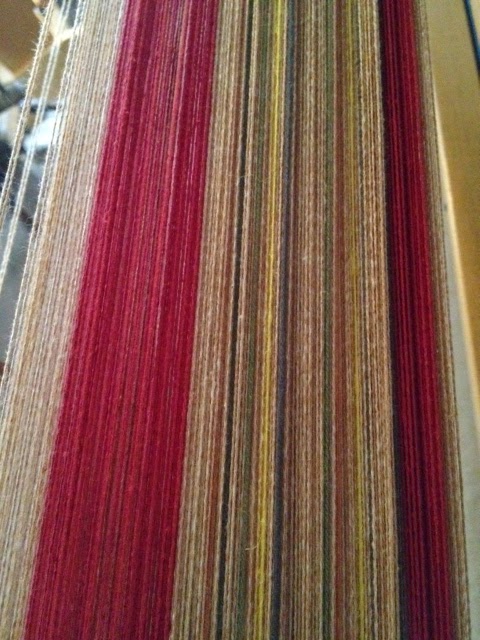 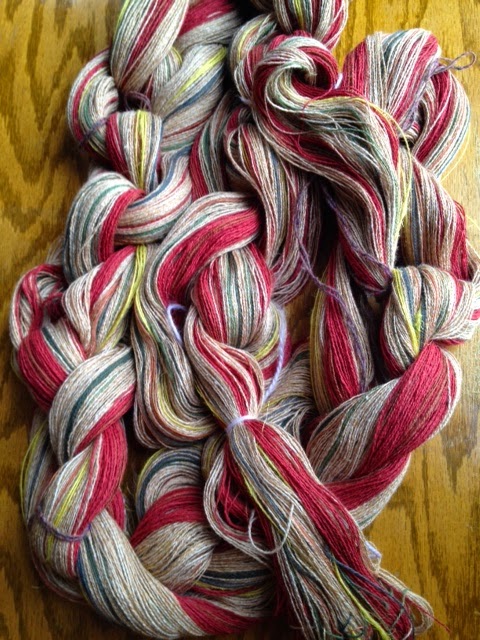 And here is the warp from the less loved colors that actually mixed to make a really pretty warp.  Here is a link to a website that shows some amazing effects of optical blending. 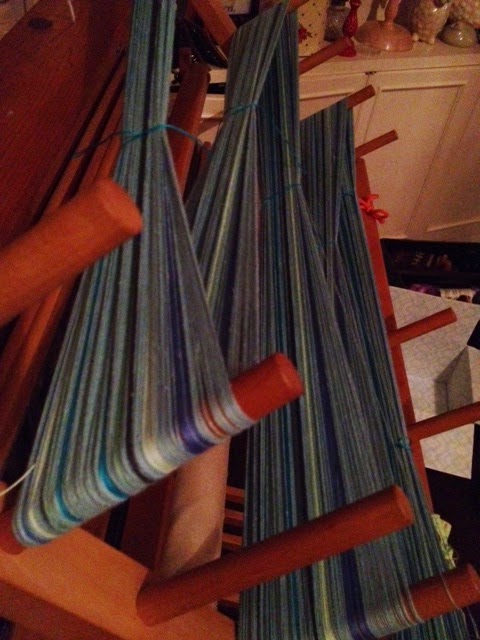 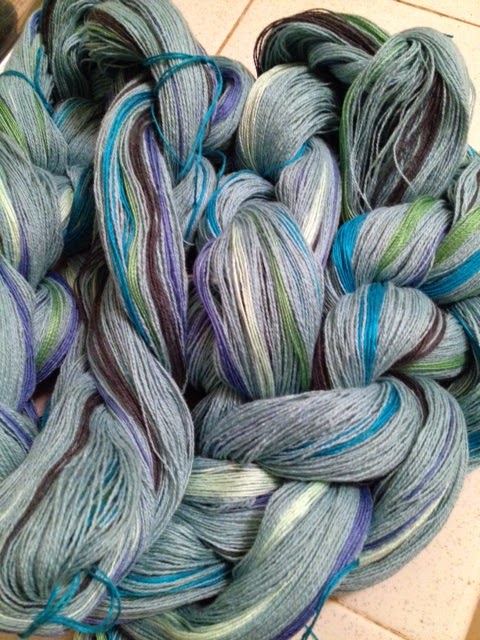 These two weaving projects are part of a 2015 goal (and a failed 2014 goal) to use the looms more.  They are also a part of the Yarniacs Podcast challenge to Use the Yarn You Have.  Now I just have to thread the warp and get to the weaving!

Marsha talks about attending NwRSA spin in for St. Distaff Day held in Lake Stevens. Marsha had lots of fun meeting fellow spinners and talking with vendors. Two that she really liked were Abundant Earth Fiber owned by Lydia Christiansen and located on Whidbey Island, and Sand Hill Sheep & Wool in Arlington (sorry, no web address for the farm that we can find) and owned by Eileen Hordyk. Both women were very informative and fun to talk with. Marsha bought alpaca/merino fiber from Lydia and Romney fiber from Eileen.

The Two Ewes announce their second giveaway.  This one is for members of the the Ravelry group. It is entitled Looking Forward and Creating Smiles.  Post in the thread about a pattern that you are looking forward to making in 2015.  Put in a link to the pattern and a link to the designer.  To do this use the Ravelry magic of putting the name of the pattern or person in square brackets [  ]  and follow that directly with the word pattern or person in parentheses.  For example, I posted about the pattern Hoar Frost by using [Hoar Frost](pattern) when I typed in my comment.  I also linked to the designer by using the same strategy [LouiseTilbrook](person).  When you do this with a person, that person will get an email and they can see what was said about them.  So we can all let those designers know that we are looking forward to knitting their lovely patterns!  The prize for this drawing is a $10 pattern on Ravelry and it will be drawn on January 23, 2015.